Did You Meet Pepper? 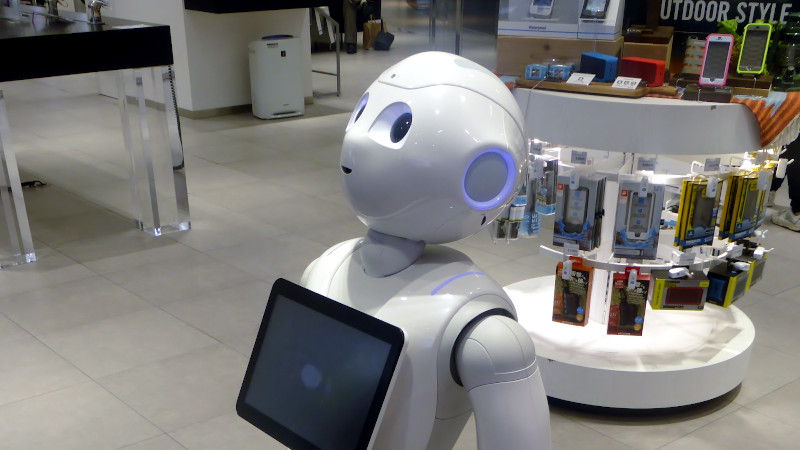 Earlier this week it was widely reported that Softbank’s friendly-faced almost-humanoid Pepper robot was not long for this world, as the Japanese company’s subsidiary in France that had been responsible for the robotic darling of the last decade was being downsized, and that production had paused. Had it gone the way of Sony’s Aibo robotic puppy or Honda’s crouching-astronaut ASIMO? It seems not, because the company soon rolled back a little and was at pains to communicate that reports of Pepper’s untimely death had been greatly exaggerated. It wasn’t so long ago that Pepper was the face of future home robotics, so has the golden future become a little tarnished? Perhaps it’s time to revisit our plastic friend.

A Product Still Looking For A Function

Pepper made its debut back in 2014, a diminutive and child-like robot with basic speech recognition and conversation skills, the ability to recognize some facial expressions, and a voice to match those big manga-style eyes. It was a robot built for personal interaction rather than work, as those soft tactile hands are better suited to a handshake than holding a tool. It found its way into Softbank stores as well as a variety of other retail environments, it was also used in experiments to assess whether it could work as a companion robot in medical settings, and it even made an appearance as a cheerleading squad. It didn’t matter that it was found to be riddled with insecurities, it very soon became a favourite with media tech pundits, but it remained at heart a product that was seeking a purpose rather than one ready-made to fit a particular function.

I first encountered a Pepper in 2016, at the UK’s National Museum of Computing. It was simply an exhibit under the watchful eye of a museum volunteer rather than being used to perform a job, and it shared an extremely busy gallery with an exhibit of Acorn classroom computers from the 1980s and early ’90s. It was an odd mix of the unexpected and the frustrating, as it definitely saw me and let me shake its hand but stubbornly refused to engage in conversation. Perhaps it was taking its performance as a human child seriously and being shy, but the overwhelming impression was of something that wasn’t ready for anything more than experimental interaction except via its touch screen. As a striking contrast in 2016 the UK saw the first release of the Amazon Echo, a disembodied voice assistant that might not have had a cute face but which could immediately have meaningful interactions with its owner.

How Can A Humanoid Robot Compete With A Disembodied Voice?

In comparing the Pepper with an Amazon Echo it’s possible that we’ve arrived at the root of the problem. Something that looks cool is all very well, but without immediate functionality, it will never capture the hearts of customers. Alexa brought with it the immense power of Amazon’s cloud computing infrastructure, while Pepper had to make do with whatever it had on board. It didn’t matter to potential customers that a cloud-connected microphone presents a huge privacy issue, for them a much cheaper device the size of a hockey puck would always win the day if it could unfailingly tell them the evening’s TV schedule or remind them about Aunty’s birthday.

Over the next decade we will see the arrival of affordable and compact processing power that can do more of the work for which Amazon currently use the cloud. Maybe Pepper will never fully receive that particular upgrade, but it’s certain that if Softbank don’t do it then somebody else will. Meanwhile there’s a reminder from another French company that being first and being cute in the home assistant market is hardly a guarantee of success, who remembers the Nabaztag?

The Life Cycle of a Breached Database – Krebs on Security

How to improve security in a world of rising vulnerabilities